Sunday, August 14 Become a MAFVA member for as little as £16! Click Membership in menu below
You are at:Home»Members' Models»Alan J. Brown’s Liberty Truck 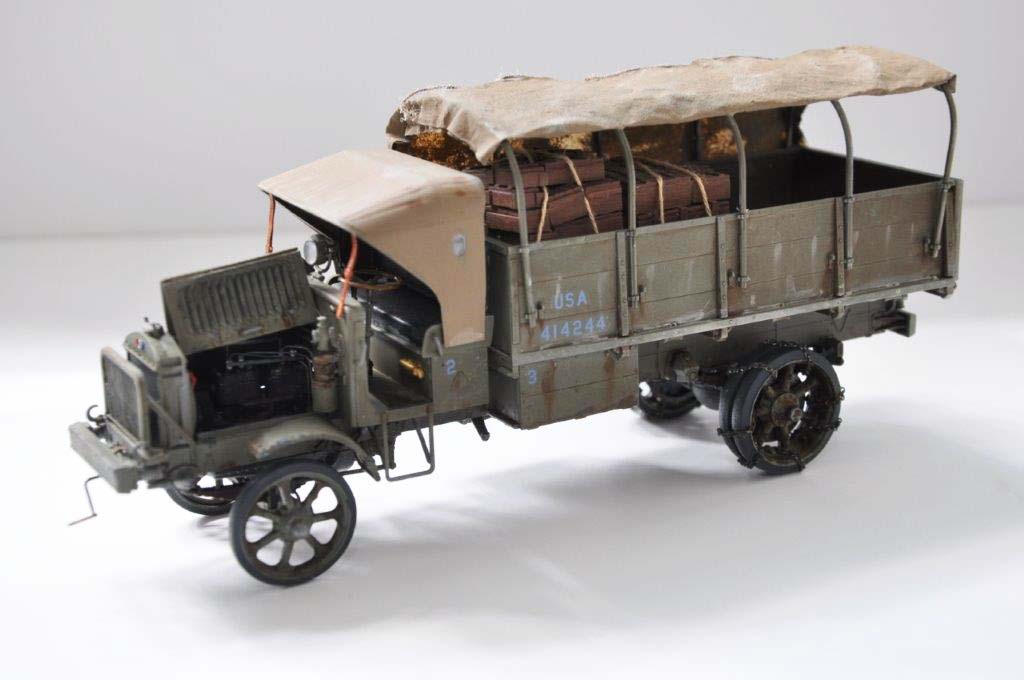 You may recall Alan J. Brown was one of the winners in the MAFVA Virtual Nationals this year. (OK, it’s called the ‘Nationals’ and Alan lives in Canada, but, hey, we’re an international society of friends. We know no boundaries).

As his prize Alan had his choice from the few kits remaining in out prize stash and he chose the Liberty Truck. He promised to let us see it when finished and here it is.

Alan comments: “I decided to make my own tarpaulin cover as I wanted to show it lifted off on one side. I’m not too sure about it, may remove it eventually. Also I may have overdone the weathering! (It’s depicting the First World War. It’s unlikely to be overdone – JP)

I added some chains to the rear wheels. I found a pic on the web with a lorry with these on and thought it made a bit of a feature. Also I am displaying it towing a British 18pdr QF artillery piece, This was originally a rather poor offering from Emhar but with a lot of detailing it doesn’t look too bad”.

Thanks for sending the pictures Alan. Glad you enjoyed your prize. 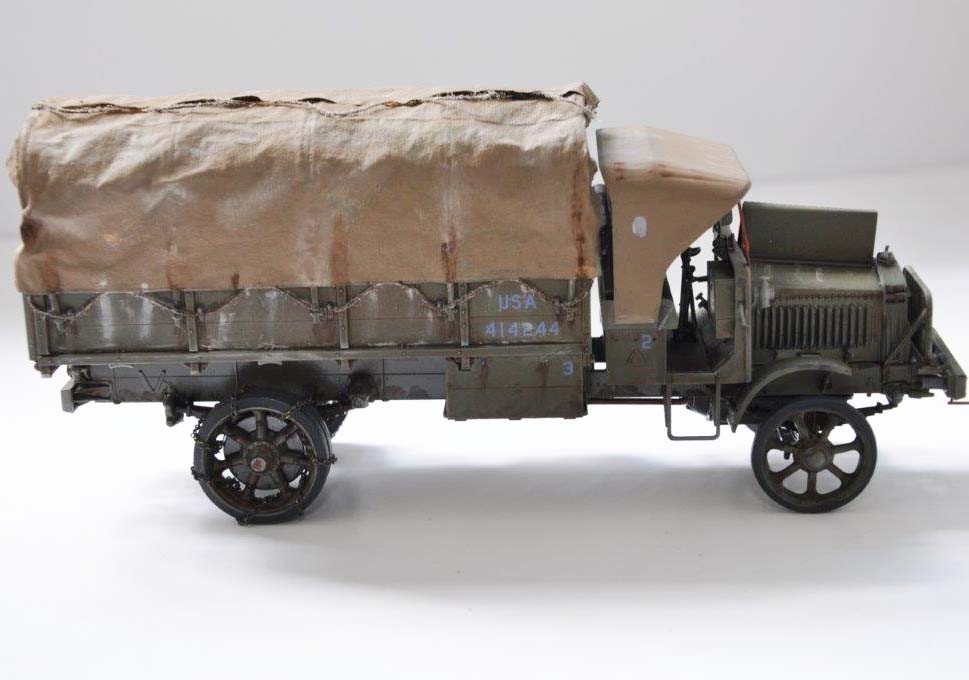 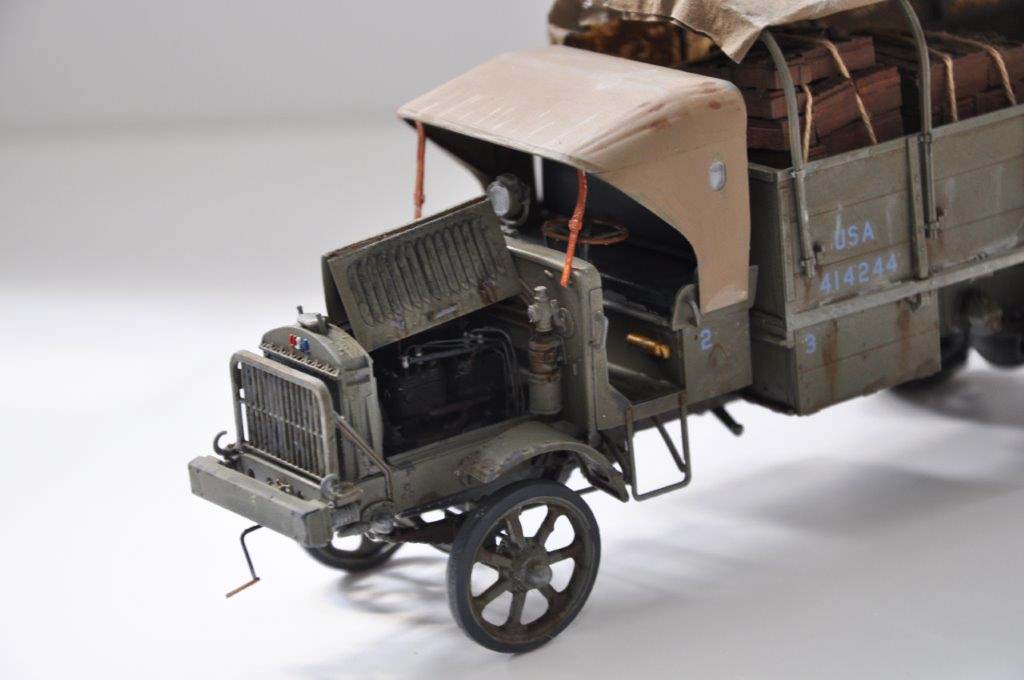 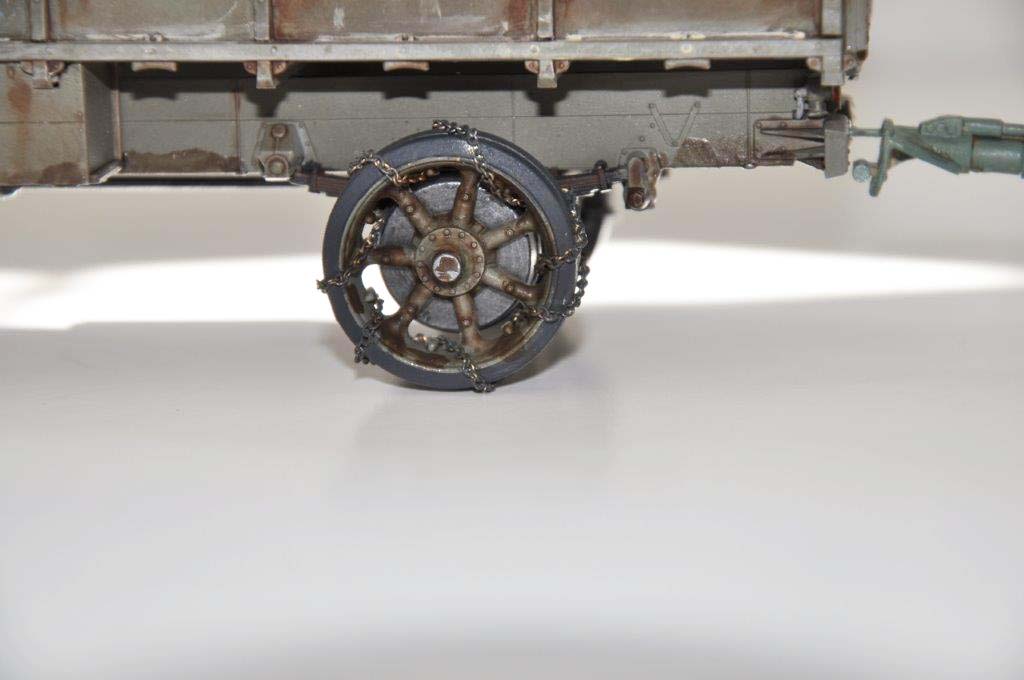