Sunday, October 2 Become a MAFVA member for as little as £16! Click Membership in menu below
You are at:Home»Show Reports»Avon IPMS Plastic Model and Wargaming Show 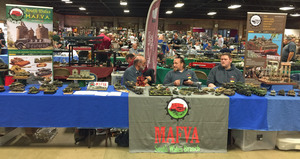 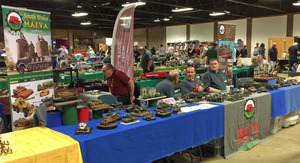 On Sunday 13th August, South Wales MAFVA attended the Avon IPMS Plastic Model and Wargaming Show at Thornbury Leisure Centre, to the North West of Bristol, near Filton.  Our club was there in force with eight of us attending, which is nearly half of our branch.  Just to make things awkward, the Highways Agency, or it’s contractors, decided to close the old Severn Crossing that weekend, and so rather 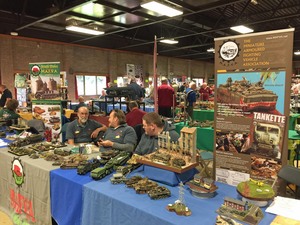 than having a few minute drive from the old bridge, we had to cross the new bridge, five miles to the south, and then swing around the M5 at the Almondsbury interchange to get to Thornbury.

This show always used to be in Yate Leisure Centre, but outgrew the venue.  Avon IPMS have now joined forces with local wargamers to put on a joint show that fills up all three large halls in the Leisure Centre.  We were just one of a number of MAFVA branches who attended the show. 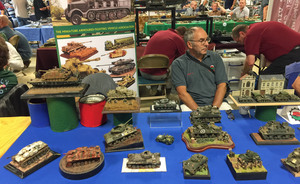 There was also South Staffs; Mendip Modellers; and Leicester to name but three.  One thing that I particularly liked was that the military modelling and aircraft clubs, and the wargaming clubs were all mixed within all three halls, with traders around the outer isles of the halls, and clubs in the middle.  One really good example of “thinking outside of the box” that I fully support is that this same venue is also used for the Bristol Model Railway Exhibition 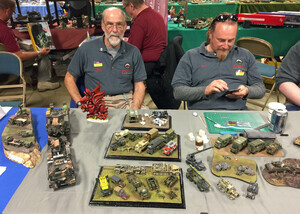 There were clubs from all over South Wales and the West of England right down to Devon and even included East Sussex military modellers.  One surprise was to see MAFVA Secretary Miss Annabel Eagle who had traveled all 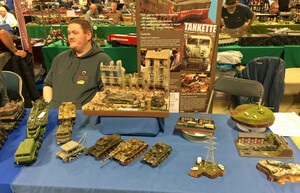 the way from West London.  It was really good to see her at the show and I am particularly grateful to her for putting in the effort to do so as we were able to sort out a number of issues about our Committee and our MAFVA stand at the IPMS Scale Modelworld. 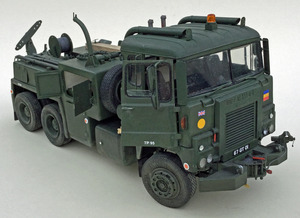 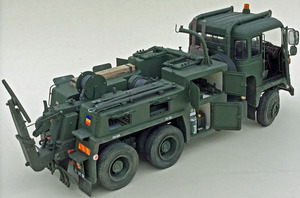 Here are a couple  of photos of Annabel’s superb 1/24th scale Scammell Crusader/EKA recovery vehicle.  This was an amasing piece of work with all doors working, not just on the cab, but on all of the stowage lockers, all of which were filled with their correct recovery equipment.  Annabel put it into the competition and won a First Place with her model.

A good show to attend and a thoroughly enjoyable day out.