Wednesday, March 3 Become a MAFVA member for as little as £16! Click Membership in menu below
You are at:Home»Reviews»Publications»Book Review – Ostfront Panzers 1, The Last Year of the War 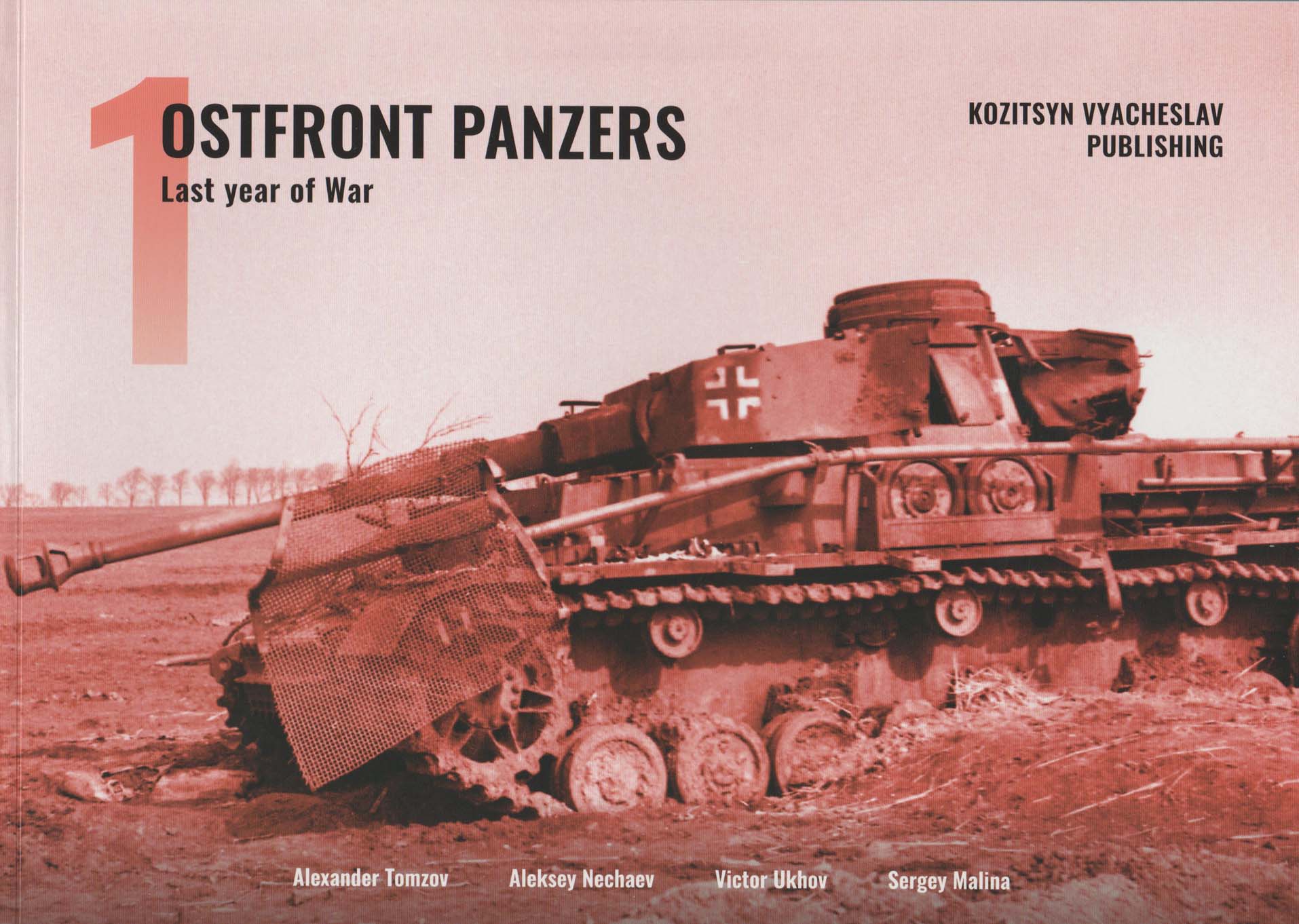 Ostfront Panzers 1, The Last Year of the War

Produced in the same format as the popular Panzerwrecks series, this new book from Russia is a collaborative effort and does not disappoint. The subject matter is as per the title, German AFVs photographed in 1945 on the Eastern Front. The photographs are excellent images, and the few I have seen before are a much better quality, allowing the detail to be seen.  Many of the photos are full page, some spread across two pages, ideal for those intent on seeing the smallest details. The list of subjects seen in the photos is quite impressive, covering not only the expected late-war subjects, but survivors from earlier times. The wreck of an SdKfz 252 half-track ammunition carrier in polish snow, SdKfz 251/22, SdKfz 251 Ausf. D with improvised 20mm mount, very rare Aufklarungs 38 (SdKfz 140/1), PzKpfw IV Ausf. J with mesh side skirts, SdKfz 234/2 Puma, an emplaced 38(t) turret, Jagdpanzer IV, Panzer IV/70, an ultra-rare Vomag 7 88mm SP vehicle seen in Hungary, perhaps the last of the 16 built. A Hungarian Nimrod A.A. tank, various 8 rad SdKfz 222 armoured cars, an Ardelt Waffentrager 88mm S.P. prototype under test by the Soviets, M13/40 Italian tank in Berlin, Panther Ausf. G with IR fittings on the Seelow Heights, a ‘Beute’ Humber armoured car, and a fine print of the PzKpfw 1 with a 20mm Drilling mount continue the fine list of exhibits. Of interest is an SdKfz 251/3 with a telescopic mast and a lake full of Stugs! In addition are many pages of more ‘normal’ AFVs from PzKpfw IV, Panther, Tiger II, Stugs, and others, in various states of repair, all with interesting points to observe.

There is one full page colour artwork of a Stug III, and a small detail in colour of the Vomag unit. The list of sources is impressive as are the contacts who assisted with production.

Thoroughly recommended to those interested in the subject matter as an excellent source of photographic information.

Currently it can only be ordered direct from https://kvpublishing.com/products/1 .

Many thanks to Kozitsyn Vyacheslav Publishing for the review copy.