Sunday, July 3 Become a MAFVA member for as little as £16! Click Membership in menu below
You are at:Home»Reviews»Lanchester ‘Russian Service – in box review
[Show slideshow] 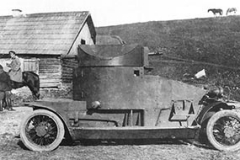 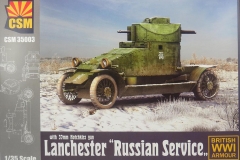 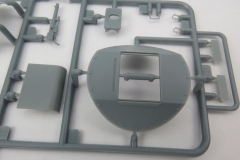 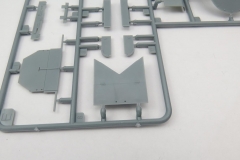 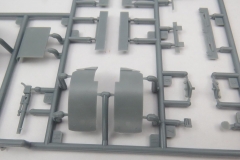 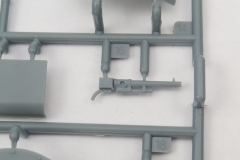 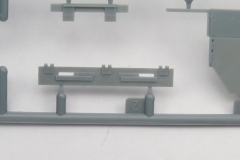 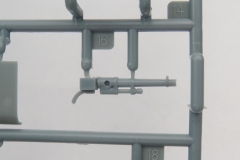 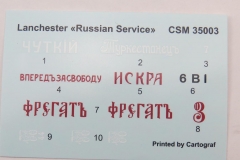 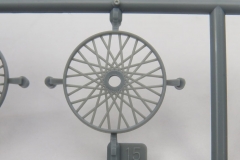 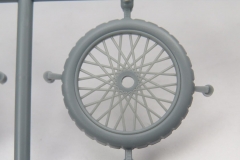 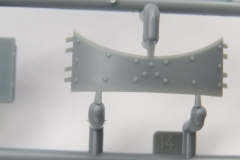 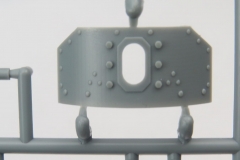 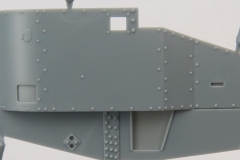 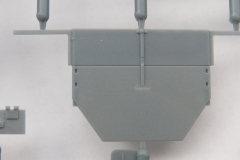 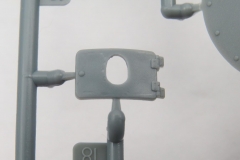 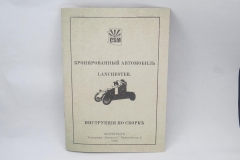 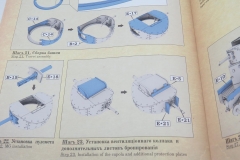 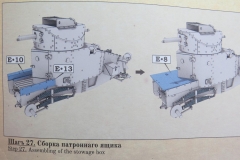 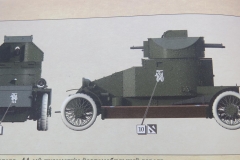 1 2 ►
The Imperial Russian Army purchased twenty Lanchester armoured cars from Britain in 1916, and 19 of these were soon fitted by Y.M. Sokolov with a French 37mm Hotchkiss gun so that the cars could be used on a much wider range of missions.  The Russian army did not restrict their armoured cars to scouting, which was British doctrine at the time, but instead wanted their cars to be able to attack strongpoints.  A heavier weapon was thus needed, and the little 37mm was adequate for this role.  The Vickers .303 machine gun was re-fitted into the small hatch at the rear of the turret, giving the car the most unusual appearance with guns sticking out of the front and rear of the turret.  When needed, the turret was rotated to bring the MG to the front.  On the top of the turret was a raised ‘cupola’, open to the rear, which is probably to improve ventilation.  Many photos of the Russian cars show flags placed in a mount to the rear (open) side, with the flags often in the form of a round ‘lollipop’ on a stick.  This mount is not provided in the kit, but is probably similar to the one near the hatch of the British cars.  Other changes were made to the rear deck and mudguards, essentially replacing the rear wooden deck with a metal locker, and providing new mudguards.  The vehicles had significant ammo stowage for both weapons, inside the hull and under the rear body .  One other change was to add sliding shutters on the front driver’s panel, so that the vision slits could be closed down for protection.
This kit follows on from CSM’s first kit of the Lanchester, which proved to be extremely popular.  This Russian version uses almost all of the original parts, with one new sprue supplying the new gun, top vent, and rear deck parts, and providing everything to make an accurate kit of the Russian Lanchester.  The quality of the moulding is excellent, and the wire wheels are amongst the best available in plastic.  The fit of parts is extremely good, and the relatively simple model goes together very easily, to give an excellent appearance.
The instruction sheet is in the form of a historical booklet, with the style of drawings reflecting the format used by Wingnut Wheels aircraft kits. There are few parts added at each stage, and the instructions are very easy to follow. The kit builds up very easily indeed, with only a few items to add or modify by anyone seeking the ultimate level of detailing. The kit has six different decal options, although the paint scheme for each is just overall dark green. However, the vehicles in most photos are bashed and tatty, with amazing opportunities for weathering.
It is worth mentioning that CSM have released three resin Russian figures to go with this kit, and it is worth looking at their website for more details of these figures.
Overall, this Russian Lanchester is a really unusual and visually striking kit, and very much recommended.  The parts are well moulded and fit together very well.  In a few places the parts have been simplified to avoid adding details in areas that cannot be seen on the assembled model – such as gun breeches – and some modellers may wish to add in a few additional parts.   The kit makes up as a fabulous model straight from the box, and will be a great talking point in any collection of WW1 cars.