Wednesday, July 6 Become a MAFVA member for as little as £16! Click Membership in menu below
You are at:Home»News»Mini Art’s Austin Armoured Car – Western Front 1918 Pattern 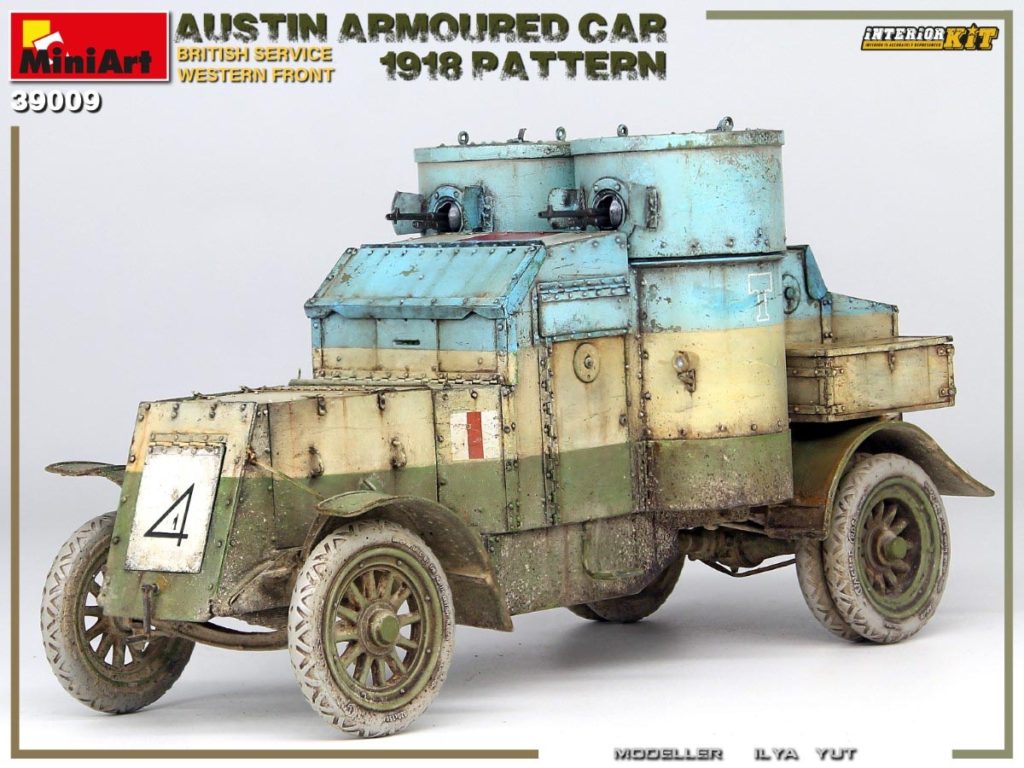 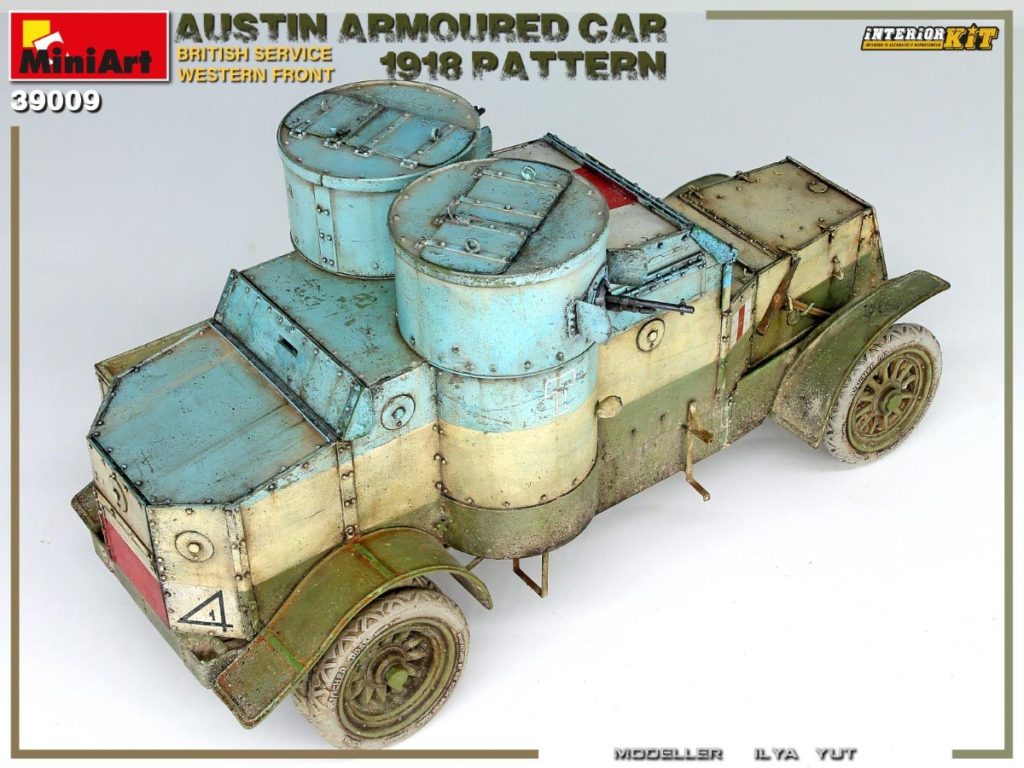 Mini Art is well known for releasing multiple versions of a subject, but their latest offering, the seventh version of the Austin Armoured Car to be released,  looks more like a reboxing with new decals. Nevertheless it looks like an arguably more attractive camouflage scheme than the previous British Western Front version (Shown bottom left in the image below). The new release appears to be replacing the previous version since it has the same part number – 39009.

Like its predecessors, the new release comes with a complete interior, so there you have it… you pays your money and you takes your choice. 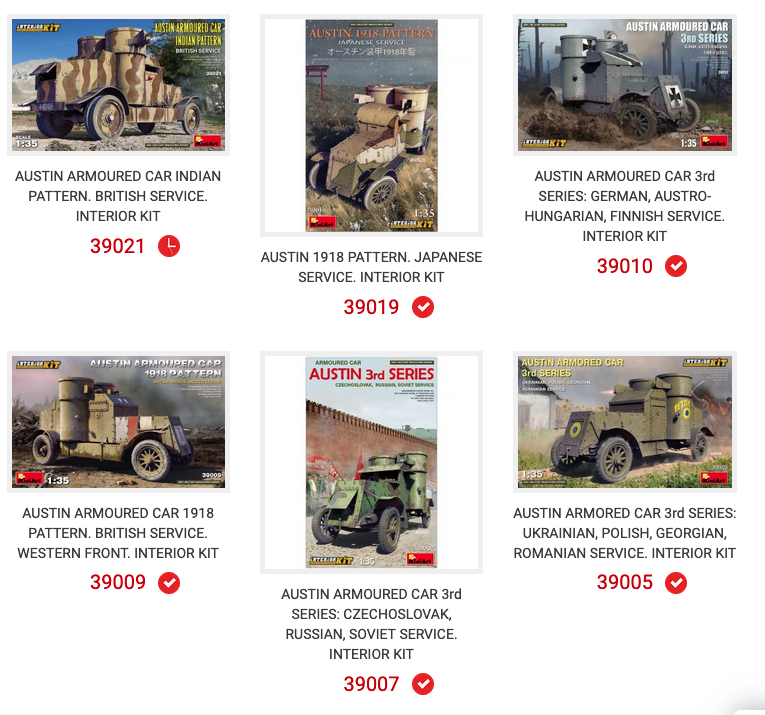