Sunday, July 3 Become a MAFVA member for as little as £16! Click Membership in menu below
You are at:Home»News»More ‘Paper Panzers’ from Takom – the Flakpanzer Panther 2 in 1 kit 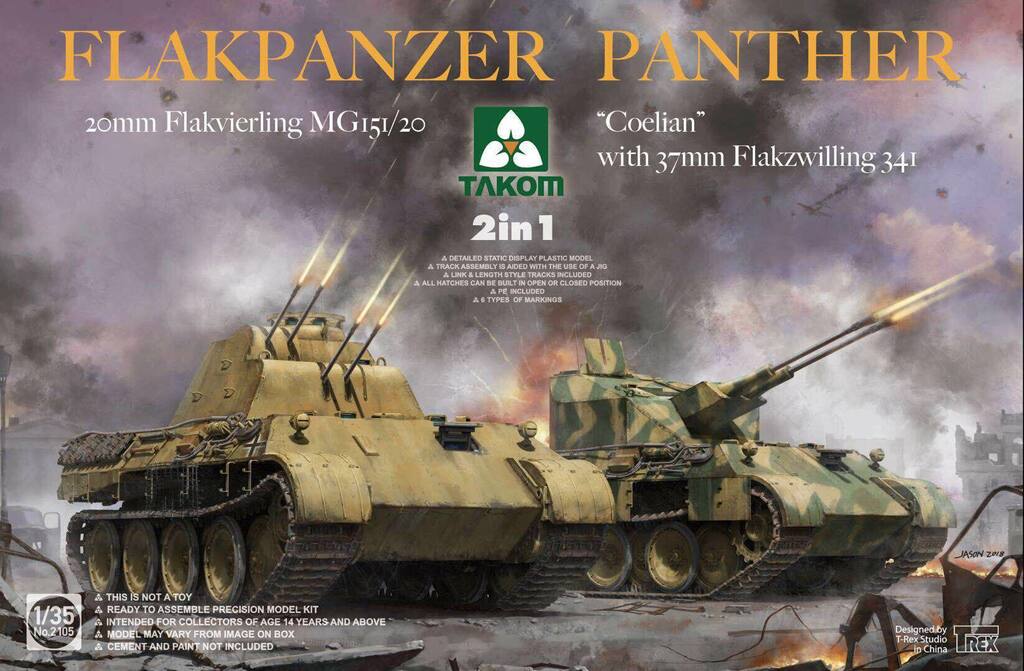 Takom has just announced the imminent release of a new 2 in 1 ‘Paper Panzer’ kit to build a Flakpanzer Panther with either a 20mm Flakvierling MG151/20 turret or a ‘Coelian’  37mm Flakwilling 341.

Towards the end of WW2 the Allied ground attack aircraft were having a great effect on German armour, supply vehicles and trains. The Axis forces needed mobile flak defences and these projects were part of the plan. Work on the development of these vehicles started in 1944 at Rheinmetall-Borsig but the 3,7 cm Flakzwilling 341 only got as far as a wooden mock-up of the turret being mounted on a PzKpfw.V Ausf.D “Panther” tank chassis and the 2 cm Flakvierling MG 151 version was never approved and didn’t get off the drawing board.

This new 1/35th Takom kit offers great potential for a ‘what if’ diorama and some speculative camouflage schemes.