Sunday, April 11 Become a MAFVA member for as little as £16! Click Membership in menu below
You are at:Home»News»Muckleburgh Collection to reopen on 17th May (hopefully!) 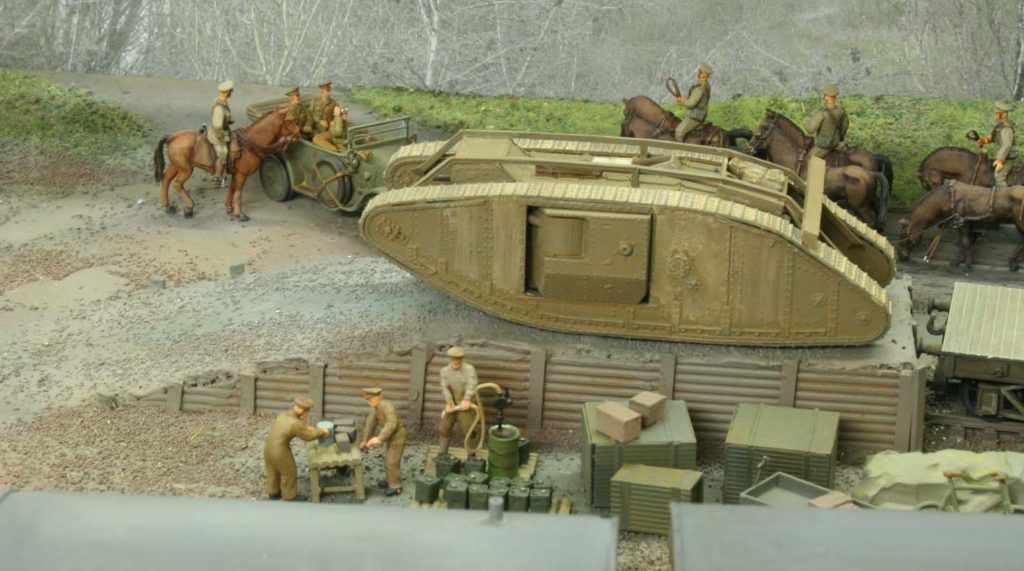 With the projected easing of Covid restrictions comes the news that the Norfolk based Muckleburgh Collection is due to open on 17th May 2021. Let’s hope that happens.

If you haven’t been to the Collection before it is an excellent military museum with a comprehensive collection of vehicles, both static and actually running! It is also home to two projects by the Cambridge branch of MAFVA (with some assistance from other MAFVA members). On entering the museum you are greeted by a diorama of Weybourne Camp (the original name for the site on which the museum now stands) as it was during World War Two when Prime Minister Winston Churchill paid them a visit.

Further along as you pass through the museum you’ll find the Eve of Cambrai diorama which was built to commemorate the centenary of the Battle of Cambrai when tanks first went into action. 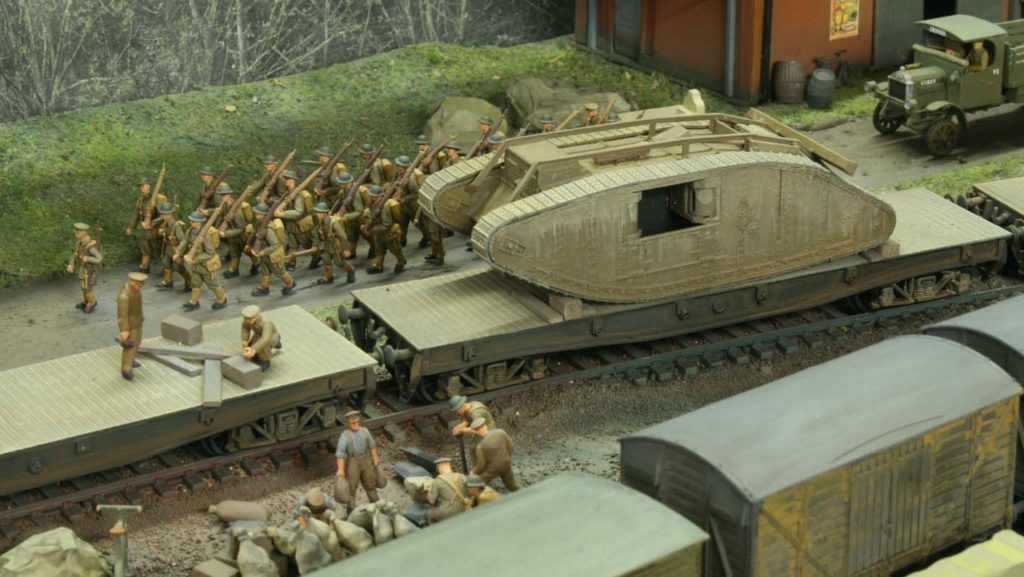 Cambridge member Tom Cole was one of the members that constructed this diorama and this is his account of it: 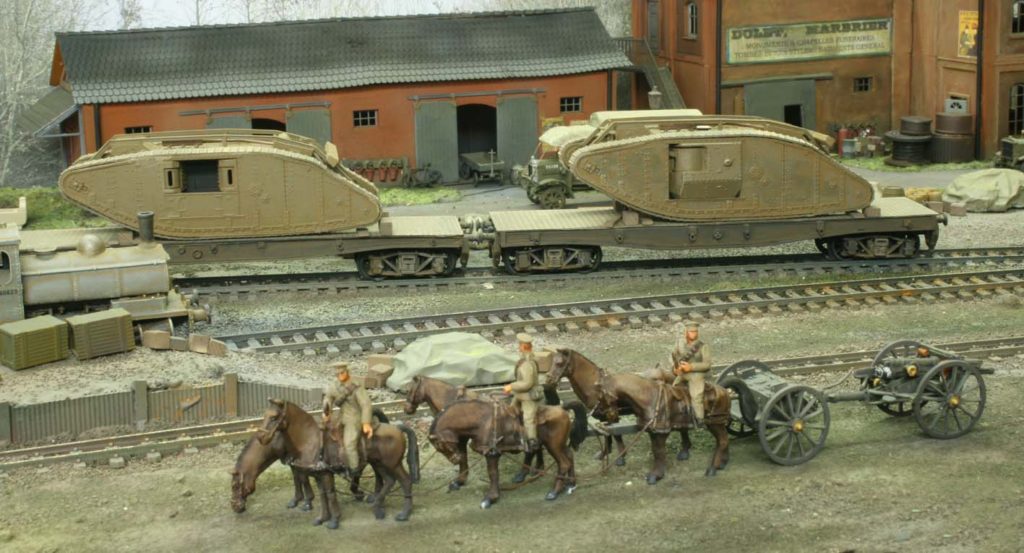 “In 2017, with the 100th Anniversary of the first mass use of tanks at the battle of Cambrai looming, Cambridge MAFVA thought it was fitting to put together a diorama, for public display, that captured some of the elements of this battle. Following a visit to the Muckleburgh Collection in North Norfolk in 2013 Cambridge MAFVA had put together a small scale diorama that depicted the Royal Artillery Range at Weybourne (The site of the Muckleburgh Museum) as it was in 1944. Handed over to the Muckleburgh Collection owner Sir Michael Savory in 2014, the display in the Entrance Hall to the Museum had attracted much attention. So when Sir Michael was approached with the idea of another display – this time depicting events of November 1917 around Cambrai- he was very keen for MAFVA to proceed.
Plans were made and it was agreed within the team that a diorama depicting one of the rail heads that fed the front line offered an opportunity to build a variety of vehicles and figures from the era. The diorama would include some railway rolling stock both standard gauge and narrow gauge as used by the War Department Light Railway. The diorama would be in 1/76 scale as it had to fit in a pre-made case that measured around 2 metres x 1 metre and we wanted to include a large number of vehicles and figures as well as buildings to represent a small French village behind the front line.
A shopping list was prepared and kits and figures procured in mid-2017. The Mark IV tanks were from Ehmar (Although sold as 1/72 they measure up closer to 1/76 scale) Most of the other vehicles, figures and artillery were bought from W^D Models, (www.wdmodels.com) they also were used to source most of the WDLR rolling stock. Buildings were from MiniArt and the track of both gauges from Peco. Rolling stock was from a variety of sources, with the special flatbed wagons that carried the tanks based on a Matador Models ATB-01 War Flat wagon that is no longer available. 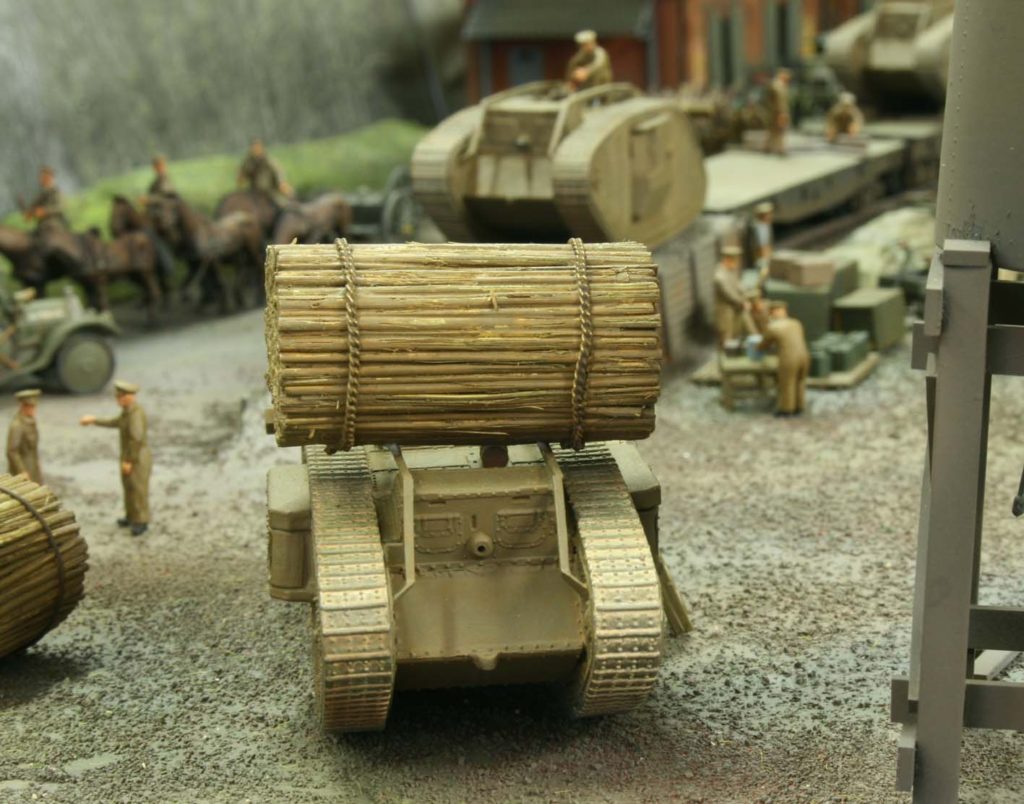 Several members of the Cambridge MAFVA team lead by Branch Secretary Simon Ward volunteered to build the vehicles. MAFVA president Paul Middleton put together some of the Ehmar kits and Dave Blomley built the Mark IVs with sponsons depicted partially inside the vehicle as they were when transported on the railway wagons. Dave also painted many of the figures and put together some of the soft skin vehicles. Dave Stringer assembled and painted most of the WDLR wagons and Mark Gilbert put together the W^D 18pdr guns, limbers and horse teams with associated crews. (These look really superb and testimony to a master model maker’s skills.) The author put together the buildings but most of the figures, the B Type Bus and the War Flats were built by Simon Ward. The War Flats were built from plastic card with detail parts such at the buffers were cast by MAFVA Chairman Paul Gandy. Simon Ward also built the baseboard and put everything together virtually single handed in a marathon effort.
Delivered to the Muckleburgh Collection on 14th April 2018 Simon and partner Fiona put everything in place. Assistance from a small gang of children was declined and everything was completed once Dave Bromley added a scratch built Simplex armoured locomotive. By way of thanks Sir Michael organised a MAFVA Open Day for all members of MAFVA on 15 September 2018 and a great time was had by all”.