Wednesday, October 20 Become a MAFVA member for as little as £16! Click Membership in menu below
You are at:Home»Reviews»Publications»New titles from Casemate books

Casemate have just released some new titles that may be of interest to members and our President Paul has reviewed them: 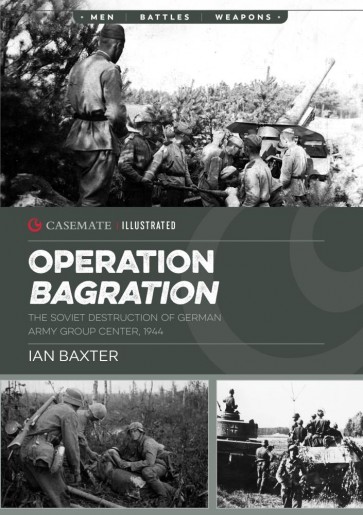 Operation Bagration,
The Soviet Destruction of German Army Group Centre, 1944
Ian Baxter, Casemate Publishers, paperback, 254 x 178mm, 128 pp, 20 colour profiles, ISBN: 9781612009230, RRP: £19.99.
Following the Casemate Illustrated format the book starts with a timeline of events leading up to and during Operation Bagration May – August 1944. The text then describes the state of the German Army, now a shadow of the victorious force that started out on operation Barbarossa. Interspersed in the chapters are orders of battle, profiles of the commanders, and colour artwork depicting the uniforms of both armies. Maps show the disposition of the opposing armies, and the numbers show a Soviet superiority of around 21:1. The description of the various actions of the battle is pretty detailed, but only down to formation level.
Nearly every page has one or more large format photographs which warrant close inspection for details. These are frequently quite detailed and warrant close inspection, showing details of uniform, equipment and vehicles. For such a concise volume on the large scale action, perhaps the only negative is the failure of the author to point out details of some interesting vehicles that appear in the photos. On page 8 is a very clear (but relatively well known) photo of and SdKfz 251/3 Ausf. D halftrack fitted with the frame aerial from and SdKfz 232 8 rad armoured car. A rarely seen cargo-bodied SdKfz-7 towing a 15cm howitzer. On page 102 is an image identified as an SdKfz 251/10
Ausf. D. However it is not mounting a 37mm 35/36 PaK, but what appears to be a 2cm gun, from the shape under the canvas, still mounted in a turret.
The photographs really make this book, as I do not recall seeing many in print before.
Recommended.
Review copy supplied by Casemate UK.
Available from www.casematepublishers.co.uk and all good bookshops.
Paul Middleton MAFVA 1528 22/02/2021 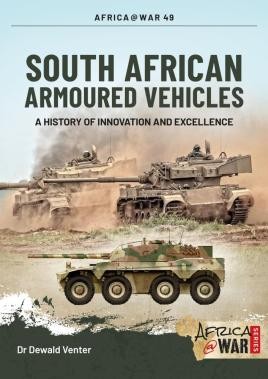 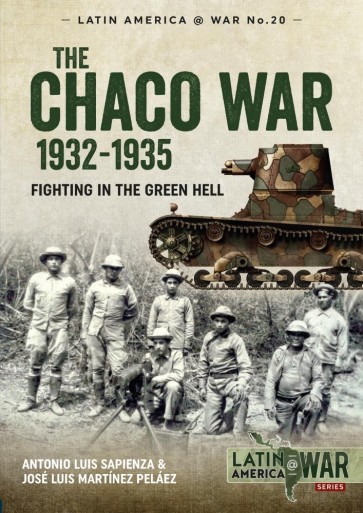 Written by two local and very knowledgeable authors, this book encapsulates the history of a relatively unknown war that took place in South America between Paraguay & Bolivia. It was important as the first of the ‘modern’ wars to take place in the sub-continent using aircraft, tanks and automatic weapons. They were fighting over an unhospitable area that the Bolivians wished to use to secure a route to the sea. The introduction sets out the historical context of the region which then leaps into the descent into war in 1932. The major battles are described in great detail and supported by maps and photographs. The profusion of period photographs are mostly very sharp and effectively give the atmosphere of the time, as well as showing the dress and equipment of the soldiers. The senior personalities are illustrated, and even quite junior participants are named, showing the depth of research. The centre pages in colour has profiles of ships, tanks and trucks, as well illustrations of uniforms worn at the time. The book closes with a series of appendices which details units, troop levels and equipment.
A vast amount of information is included in this slim volume, and it is a good read.
Recommended.
Review copy supplied by Casemate UK.
Available from www.casematepublishers.co.uk and all good bookshops.
Paul Middleton MAFVA 1528 19/02/2021