Sunday, July 3 Become a MAFVA member for as little as £16! Click Membership in menu below
You are at:Home»News»New Vietnam Guntruck Conversions from Real Models 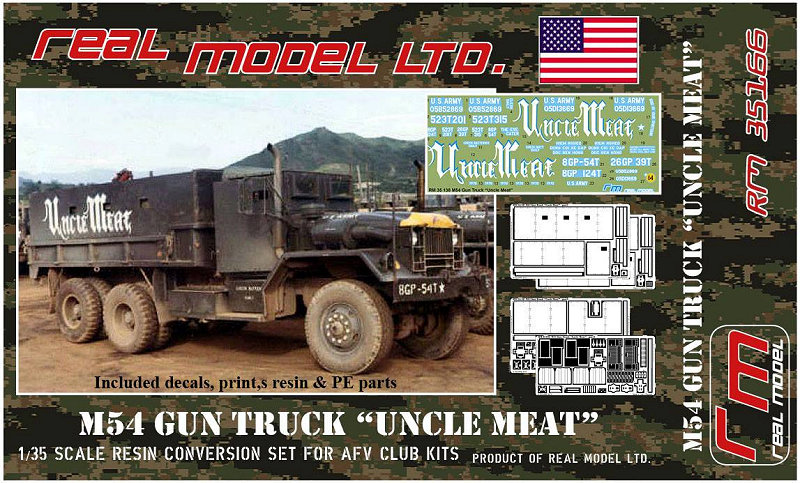 Unlike those already in their range the new releases use the new AFV Club M54 truck as their base instead of the modern Italeri M939 which means less parts to convert and less wasted parts from the Italeri kit. You also won’t have to shorten the chassis as you did with the previous conversions.

All three kits are based on real life guntrucks and original photos of the real thing are used on the box art. The kits contain resin and PE parts and decals. 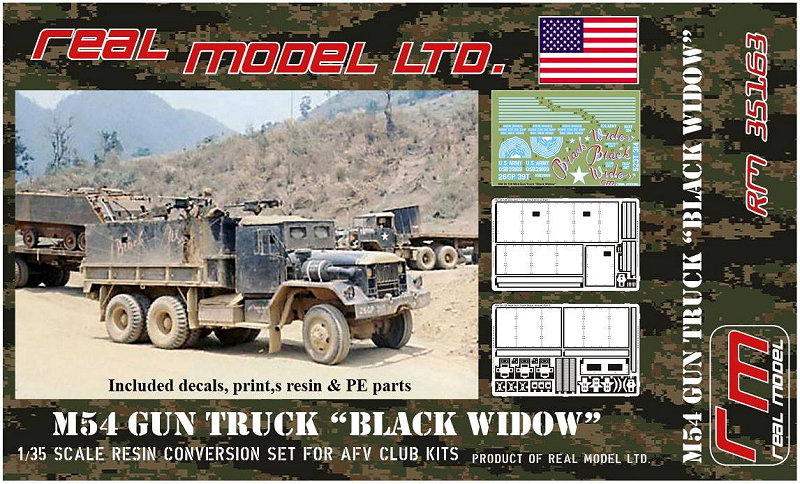 The kits are available from Real Models directly – http://www.realmodel.cz/ – or from the Real Models dealer in your country.

While we’re on the subject on Vietnam era kits, rumours are rife that Tamiya are planning to release a new tooling of the M551 Sheridan tank. They are just rumours at the moment, so no idea if it will be a Vietnam era version with the ‘birdcage’ armour on the turret or a Gulf War version, or when or even ‘if’ it will actually appear. We just hope it’s more accurate than the ancient Tamiya version or the Academy version that followed it. We’ll publish details as we get them. Update – 3rd Sept. 2018