Wednesday, July 6 Become a MAFVA member for as little as £16! Click Membership in menu below
You are at:Home»Reviews»Publications»Review: Garrison Town – Pembroke Dock 1814 – 1967 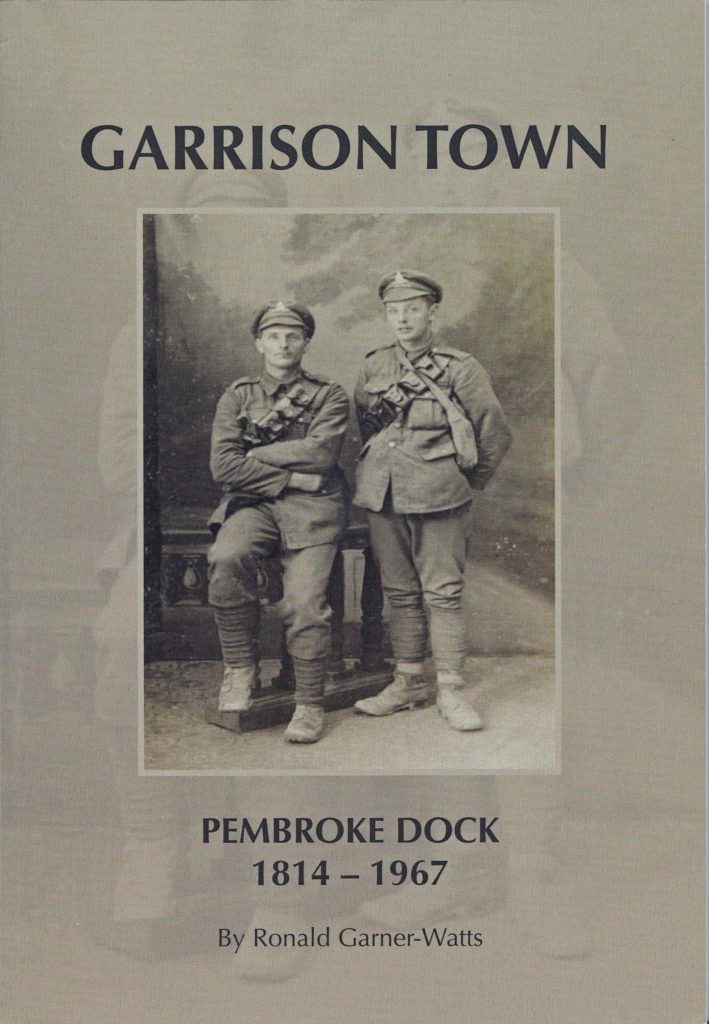 When most people think of a garrison town, they may recall Aldershot, or Colchester, but how about Pembroke Dock in West Wales. And did you know that it had a Royal Dockyard that built 285 Royal Navy warships, from both wood and from iron, and some submarines as well? There have been a number of books written about the ships built in Pembroke Dock, and the more recent exploits of the dockyard in the Second World War as a base for both Sunderland at Catalina flying boats that protected the Atlantic Convoys. However, this is the first book that I have ever read that explains in some detail all of the military units that were based in and around the town that made it very much a Garrison Town.

This book was found purely by chance. I follow the Facebook page “Pembroke and Pembroke Dock – old photographs” which briefly mentioned it. I contacted who I now know to be the daughter of the author of the book, only to find that sadly he had recently passed away after several years suffering from dementia. The author had been a Gunner in the Royal Artillery and later lived in Pembroke Dock. He spent seven years carrying out the research for this book, but was never able to appreciate the book that was finally produced.

The book starts with a detailed account of how the various militias were formed in Great Britain, which is the first time that I have ever read such an in-depth description of the different types of militia. It then goes on to describe the formation of the ones that were set up to defend the Royal Dockyard in both the Defensible Barracks to the south of the town, and Albion Barracks to the east, as well as the various different Artillery units that were in Defensible Barracks, and in the Martello Towers in Milford Haven and the two Cambridge Towers, either side of the Royal Dockyard.

There are a number of anecdotes throughout the book. Did you know that General Gordon of Khartoum spent some time in Pembroke Dock? It also mentions how soldiers marched from South Wales to Pembroke Dock for embarkation on ships bound for the Boer War in South Africa.

All of the ships built in the Royal Dockyard are named, along with the dates when then were built, together with details of when the various Barracks that started as tented encampments that progressed to wooden huts, and then to brick or stone structures. There is also a good coverage of the various gun towers that were built along the Milford Haven to protect the Dockyard, initially against an invasion by the French in the Napoleonic wars, and then against the Russians in the Crimean war.

The book has 138 pages and is illustrated with both colour and black & white photos and drawings. I was very fortunate in having one of the last three of a production run of just a few hundred books. I have no direct contact with the daughter of the author, but can contact her by g-mail. Could you please let me know if you would be interested in buying a copy of this book [chairman.mafva@gmail.com]  (mine cost me £10, with the proceeds of the sale going to dementia charities). There is no guarantee here, but if there is sufficient interest it may be possible to have another small print run. I am very pleased to have what for me is an absolutely fascinating book and one that I would recommend to anyone with an interest in British military history..