Sunday, October 2 Become a MAFVA member for as little as £16! Click Membership in menu below
You are at:Home»Show Reports»Scale Model Challenge, Veldhoven, The Netherlands

Over the weekend of 21st and 22nd October 2017, four members of Cambridge MAFVA joined with four from South Wales MAFVA to attend Scale Model Challenge in Veldhoven, The Netherlands.  This is a huge venue with a large exhibition area that is linked to an equally huge hotel, with top class chefs, so you can eat, sleep, and drink, and then walk along a corridor into the show without even going outside.

The models at this show are truly outstanding.  Simon Ward was particularly taken by the fact, that I share,  that each evening we were in the (very nosy) bars along with top class modellers from across the whole of Europe.  To give you an idea of the scale of things, there were over 1,900 entries into the competitions, and what is more impressive, 20% of the entries received an award of some sort.  This is a very friendly truly international show.  It takes some effort to get there by ferry across the North Sea, which is a bit more than the usual trundle along a motorway, but it is well worth doing as this must rate as the top quality model show in Europe.  Highly recommended. 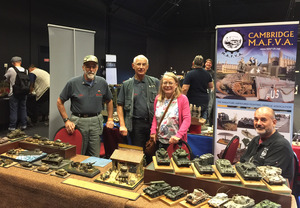 Dave, Paul and Louise from South Wales with Mark from Cambridge 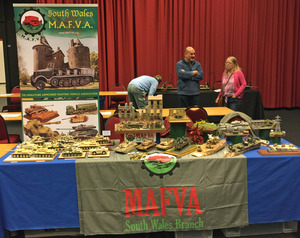 The South Wales MAFVA stand set up on the Friday 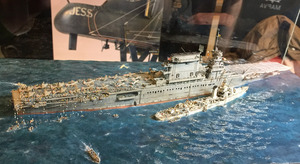 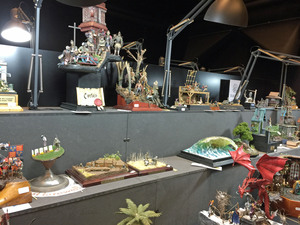 There are loads of angle lamps in the competition area, giving good lighting to all of the exhibits 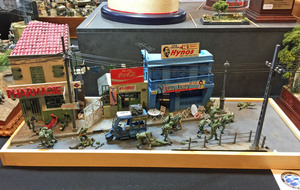 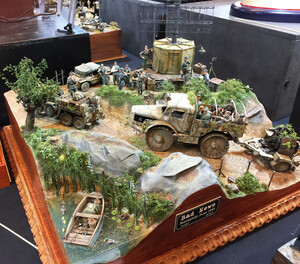 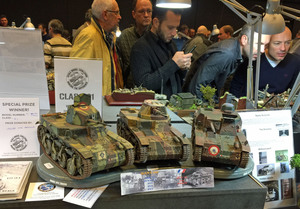 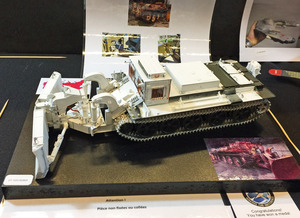 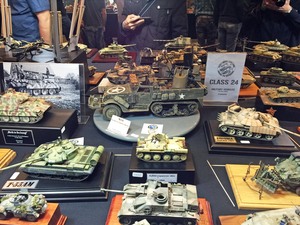 Just some of the huge number of entries to the competition 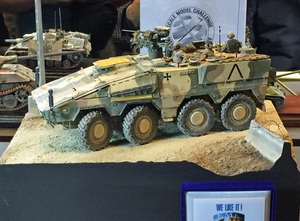