Wednesday, March 3 Become a MAFVA member for as little as £16! Click Membership in menu below
You are at:Home»Show Reports»South Wales MAFVA Annual Show 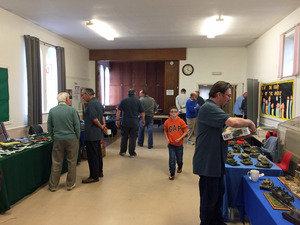 South Wales MAFVA held its Annual Model Show on Sunday 1st October at our usual meeting venue of St. Johns Church Hall, Rachel Close, Danescourt, Cardiff.  This time Paul Hennessy had set up our own South Wales MAFVA Facebook page that had been advertising our show for some time.  However, despite that, the number of visitors was quite small.  What made the show busy for us is that we also invited local clubs St. Athan Modellers, and Cardiff Plastic Aero Club, and Barry Air Cadets, all of whom enjoyed themselves during the afternoon.  The view from everyone was that it was a good friendly show, just a bit short on visitors.  I also attended the London MAFVA show two weeks later, where exactly the same comment was made.  Somehow we all need to think of new or better ways of bringing the visitors and hopefully new members to our Association.  Here are some more photos of our show.

My own display of military railways all in 1/152nd scale 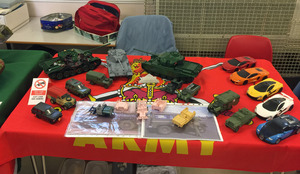 Dennis Lunn’s Centurion and Land Rover variants, together with his grandson’s cars 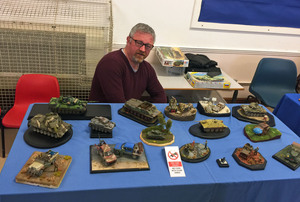 Paul Hennessy with a fine display of his work 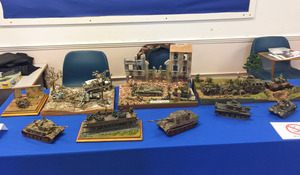 Some of Dave Burton’s WWII dioramas 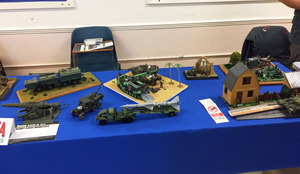 Peter Denyer has a knack of choosing some unusual subjects 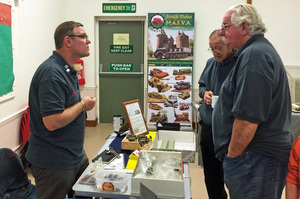 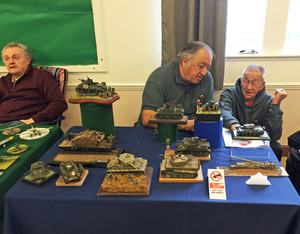 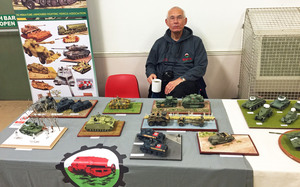 Paul Williams in the middle of eating something? 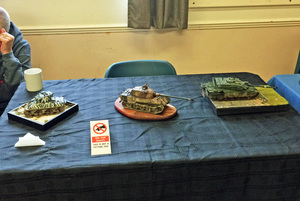 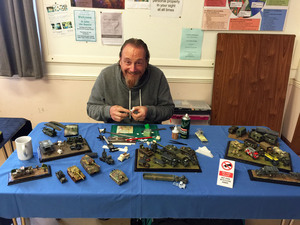 Sean Hooper comes to us from Chepstow, so quite a journey for him, but he’s a real asset to our club 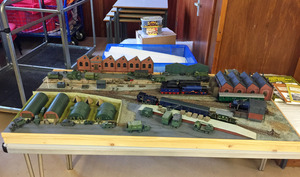