Wednesday, May 18 Become a MAFVA member for as little as £16! Click Membership in menu below
You are at:Home»Competitions»Tim Forster takes Best of Show at MAFVA Nationals – updated!

Congratulations to Tim Forster who took Best of Show at the 2019 MAFVA Nationals with his Italian village diorama. Thanks go to John Woolford who provided professional photography this year and now has several exceptional shots that no doubt you will see on the covers of forthcoming Tankettes. In the meantime here’s a selection of some of the models that were entered into the competition. 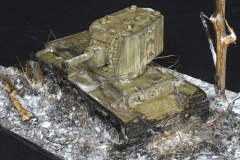 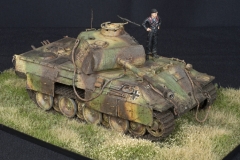 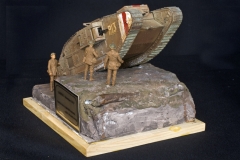 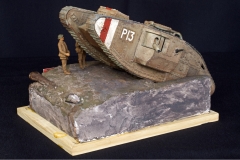 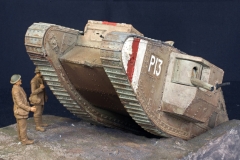 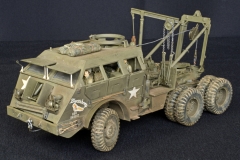 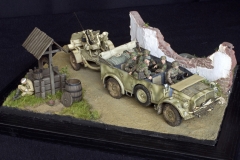 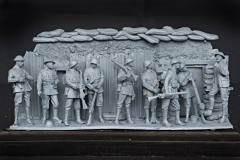 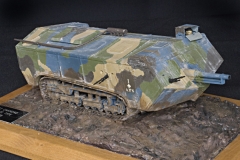 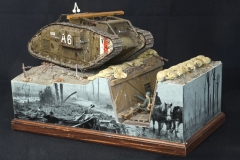 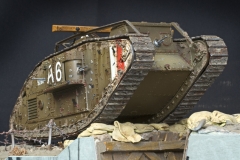 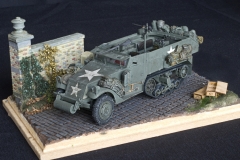 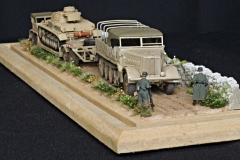 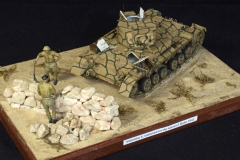 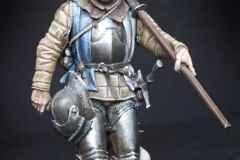 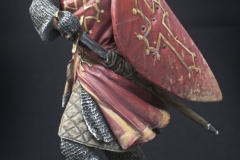 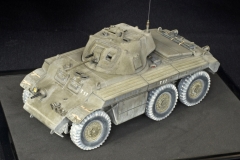 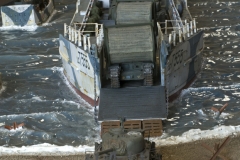 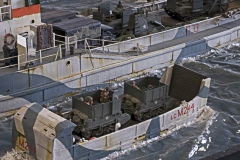 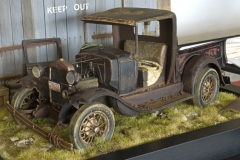 1 2 ►
Please note that the 2020 MAFVA Nationals will take place on the 28th June, a week later than usual due to Burgess Hall being unavailable on Fathers Day. This does clash with Tankfest, but Tankfest is a three day event so start making your plans well in advance.

Thanks to Dawid Branski (Scale Hanger 182) for capturing just about everything in his 15+ minute vid.

As in the past few years the annual get together of MAFVA took place in the Burgess hall in St Ives, Cambridgeshire.
The best laid plans will often go wrong, and when we arrived to set up for the show this year, we had no idea that the A14 would be closed, causing mayhem for those coming from the Midlands and further north! However, this and other ‘challenges’ were dealt with by the crew and by the visitors themselves.
Most traders were located in the main hall, with clubs and MAFVA branches fitted in around them. Even with the three missing participants, the main hall, drama suite, foyer, Aquarius Room and balconies were full. Some regulars had decided not to come, but their place was taken by newcomers from all over the UK, including Scotland, the West Country & also the Netherlands.
The ’Bring & Buy’ was located up in the Aquarius Room with a couple of clubs and was doing a roaring trade as people sold off old kits to release cash for the newer products coming out. Equally, modellers were hoovering up kits at bargain prices. Among the new people was Breveco from the Netherlands who carried a wide range of specialist tools and materials.
The competition was well supported with many entries across the classes with an exceedingly high standard, which would have caused many headaches for the judges under the old system, but not under the new ‘Standards’ system. This however meant finding prizes for many more winners, but luckily, the sponsors, Airfix Modelworld, Casemate Books and Armourfast were very generous with the donation of goodies. Each junior entry got a goodie bag of kits from Armourfast to keep their enthusiasm up. Tim Forster deservedly won ‘Best of Show’ with his diorama ‘Liberation’ set in a Tuscan Village.
Footfall was well up on last year and we ran out of the Airfix Modelworld Goodie bags very quickly.
Many thanks to all the ‘workers’, the traders, exhibitors, sponsors and contestants who made the show a very successful day.