Sunday, October 2 Become a MAFVA member for as little as £16! Click Membership in menu below
You are at:Home»News»Visit to the Geniemuseum, Vught, The Netherlands 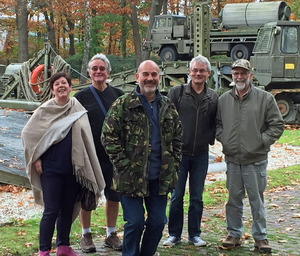 Fiona, Gareth, Mark, Simon, and Dave at the museum

On Friday 20th October on our way to Scale Model Challenge,  four from Cambridge MAFVA and two from South Wales MAFVA visited the Geniemuseum in Vught, The Netherlands, which is the museum of the Dutch Army Engineers, just a few kilometers south of ‘s-Hertogenbosh.

The museum is located next to a large Dutch Engineers base and is on the site of a former concentration camp that the Germans used for the Dutch.  There was only a tiny sign showing the way in to the museum, so we went up and down the road a few times, but thanks to Mark Gilbert who managed to suss out where we had to go and expertly navigated me in to their car park. 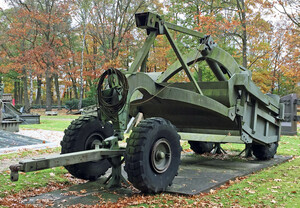 As soon as we got in, I saw this, a towed scraper that I believe to be a Vickers Onion.  I have since found that Le Tourneau made an identical one that Vickers copied, so it could be either.  My late friend Mick Bell drew a plan of one of these back in the year 2000.  He gave me a few photos of one identical to this one, but there just weren’t enough to make a model of one, until now.  This is something that I have wanted to see and photograph for many years, and suddenly I find one completely out of the blue.  It made the weekend for me, and it had only just started. 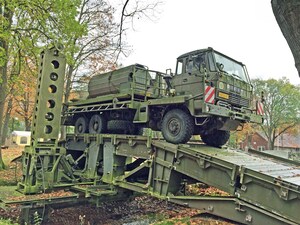 Something else that surprised me was this.  The DAF truck was fairly standard and to see that the Dutch used Class 30 trackway and the Medium Girder Bridge (MGB) was not much of a surprise as both were widely exported, but what was surprising was to see the pier to the left of the photo, which is used to support the bridge on longer spans over wider rivers.  Many years ago there was a magazine article with plans of the MGB, that included plans of the pier, but I have never seen one until now.  It was interesting to see it displayed in the way that it would have been deployed.

Here are a few other photos from the museum that was a real little gem of a place.  We’ll worth the effort of trying to find it.  Thanks again Mark! 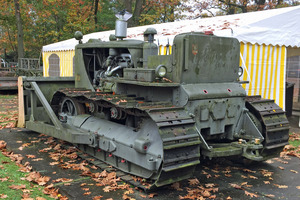 A Caterpillar Dozer near the entrance 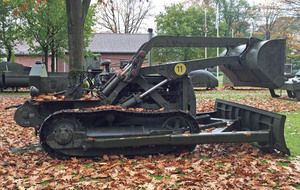 A dual dozer and loader! 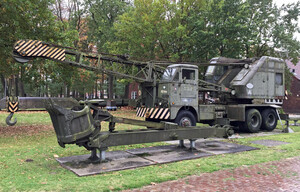 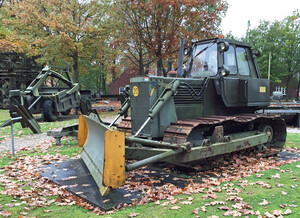 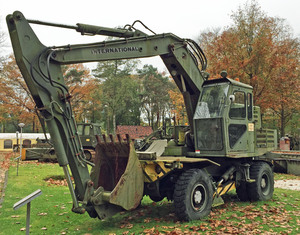